We are sitting in 2016 and we have all the connections we want or desire and we choose to have most of them online via social media. People and business are in constant contact and the noise ratio can be deafening, making our vision fogged. We are talking about digital detoxing and withdrawing from our online space for a period to gain clarity, focus and much-needed reality time.

How did we get to here? 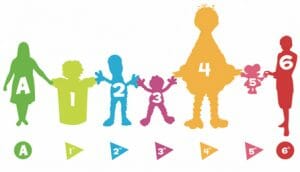 Mark will even do the calculation for you specifically from his Facebook data. It seems that I am below average with 3.5 degrees; it’s possible because I treasure my privacy and don’t share pictures of every meal I eat! Check it out here: https://research.facebook.com/blog/three-and-a-half-degrees-of-separation/

In the year 2000, Andrew Weinreich became a pioneer in the field of Social Media, he created a site called www.sixdegrees.com which was the first social media network to allow users to create a profile, show and search their friend’s list. Sounds familiar right? Hint… Facebook! or most of the top 20 social networking sites. Although before its time it was the start of the social media ball rolling and dramatic changes in the way the web would be used.

So at rapid speed, the world moved on. There are now over 20 social media sites with over one hundred million active users – Here they are!  After all, the entire world only has 7.25 billion people in it and 1.59 billion of those people are on Facebook! It’s a fact here it is. So maybe 6 degrees of separation or even my 3.5 degrees seems very plausible.

[2] Last but not least, I think Six Degrees of Separation explains that we are so close to each other despite the size of the earth and the numbers of people living on the planet because every individual in the world is connected to other individual. “Connected” would be the keyword to the theory which gives the small-world impression. Since we are humans, socializing becomes the essential part of our lives and technology makes it easier for us to get in touch with anyone in the world.

When the shift started, the term Web 2.0 was coined which transformed the Internet into user-generated sites. [2] “Web 2.0” began with a conference brainstorming session between O’Reilly and MediaLive International. The original brainstorming started with a list. 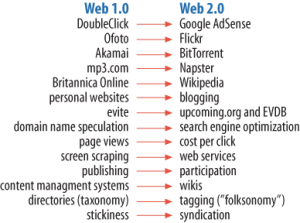 The bursting of the dot-com bubble in the fall of 2001 marked a turning point for the web. Many people concluded that the web was over-hyped when in fact bubbles and consequent shakeouts appear to be a common feature of all technological revolutions.

Some keywords I will point out on that list are; participation, blogging, Google AdSense and wikis. To have an active social media site you need collaboration, participation /collaboration, and user-generated content. None of these sites would work without those words; Twitter, Facebook, YouTube, LinkedIn, Snapchat to name just a few, all collaborating in a social setting. We post in hope for connection and interaction with someone for moments in our life. If fulfills our needs as humans to have community and connection with other like minded people.

With this change, businesses realised that they needed to be seen and ‘bought’ from Google keywords to move their website closer up to consumers eyes. They started to target audiences and found with the new technology had an unexpected reach. They lost control of what was being said about their products, service etc. The average Joe on the street could post whatever gripe or kudos he had about the company. Consumers became more review focused and trusted what the average Joe said about the XZY product above business marketing.

[3] Linda Stone, a former Microsoft executive and visionary thinker, indirectly demonstrates the development of Web 2.0 by looking at the evolution of technology in a new way. She suggests that technologies have pulled back the shroud on our private lives and moved closer to the individual

For consumer and businesses information became readily available. Joe Blogs could create a blog, wiki, post on a forum, leave feedback, create a website and share all the information he knows about fire ants in mid-west America. Other people living in the area could read of ways to eradicate the ants, or even ant enthusiasts could relish in the knowledge. Businesses too could gather Joe Blogs knowledge and use it to further develop their ant killer product line. Twenty years ago they would not have known about Joe Blogs and his massive fire ant hill, social media has facilitated this flow of communication and climbed over boundaries. Newspapers and print media have seen a decline because consumers shop online and read newspaper articles on their smartphones apps or Internet sites. We no longer look in the back of newspapers for job listings but send out resumes to LinkedIn or to job seeker sites. There is nowhere and no place that Social Media does not reach and effect. Businesses  realised they needed to transition and become social organisations with constant communication and interaction to keep their brand alive. 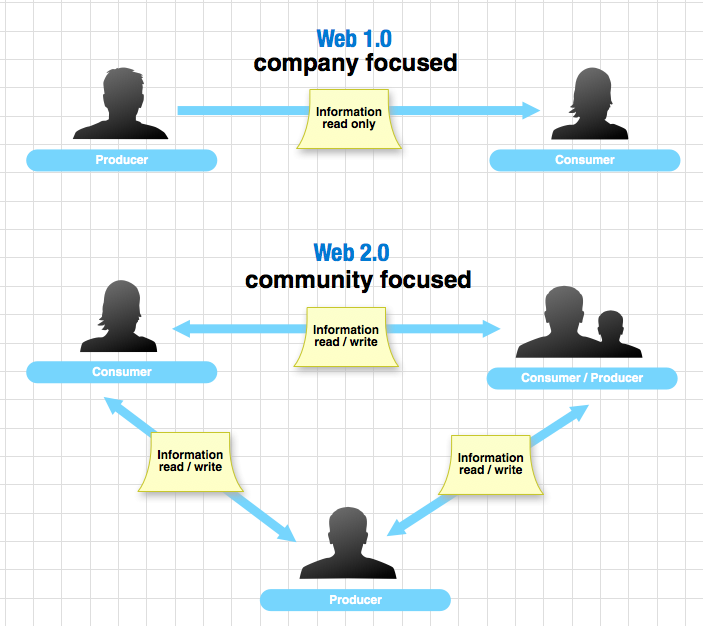 Figure 2: my own creation

Are you ready for the next wave? Does it really matter!

[4] Last but not least, I think Six Degrees of Separation explains that we are so close to each other despite the size of the earth and the numbers of people living on the planet because every individual in the world is connected to other individual. “Connected” would be the keyword to the theory which gives the small-world impression. Since we are humans, socializing becomes the essential part of our lives and technology makes it easier for us to get in touch with anyone in the world.